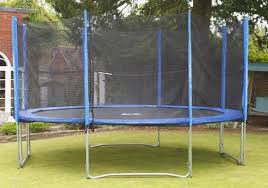 I love toys. And I totally believe that they contribute to learning. Holt and Montessori shared the belief that play was a child's work. They both addressed this differently; while Marie created child sized tools, John made space, room and resources available to the child so that they could "work" (which is to say, "play"). We've had toys in our home for over 2 decades, including obscene amounts of Barbies, Bionicles and other consumer oriented icons of middle class America. And while I don't often personally purchase the aforementioned plastic purveyors of a consumer oriented culture, I don't obviously throw them away either. But when I'm choosing the play things, I am all about open-ended, creative play. When we lived in sunny southern California, with a pool next door and a huge sandbox out front, toys equaled lots of buckets, shovels and pool toys. Some of our kids got older and we moved again and my Mom bought the kids an X-box. We traded it in for a huge trampoline. One of the BEST. TOYS. EVAH. We've had one for about 15 years and have had no broken bones or serious accidents. As a former life-guard I set the rules and have zero tolerance for those who don't follow them. You break the rules, you 're off the tramp.
The trampoline has it's own culture and games: crack the egg, blind man's bluff, etc. It is also the best place for kids summer birthday party picnics, family stargazing late at night (BYOB- bring your own blanket) and summer reading.
In addition to the trampoline our family has loved and invested in 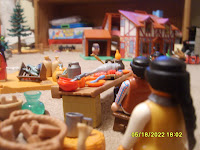 BRIO TRAIN -ages pre-school through elementary. When Feeche was younger he would take over the entire living room creating Train Town.
PLAYMOBILE - preschool through late elementary or beyond. Ds 13 likes to use Playmobile to create stop action scences.
LEGOS- as soon as the kid won't put stuff in their mouths until late adulthood/death. I know this for a fact. My bil, broker that he is, has been seen, on the floor, playing with Lego's, well into his 40's; which we love and appreciate ; )

And, of course the proverbial box.

None of these are cheap,except the proverbial box, and we haven't been rich (not even close) but we've amassed great amounts of each. How? Often 2nd hand (including on-line; throw out a WTB on a well trafficked home school forum and see what happens), occasionally gifts, toy store closings (I amassed a HUGE box of speciality Lego parts for $15 in a shrewd negotiation during a toy store closing several years ago) and the extraordinary uber sale (I found the Pyramid Play mobile set for 70% off last summer - hellooo Christmas!).

As for the boxes, we buy in bulk , so we have a steady supply, but if you are looking for super duper large boxes, contact your local appliance store. We collected about 20 one year and Dr. Dh built a 2 story, castle shaped fort in the backyard for Feeche's birthday party. It was still standing 10 days later for KB's and the kids - about 20 of them, had the time of their lives in that thing! Our kids regularly decorate, paint, and cut up boxes to create whoknowswhat. But seriously, don't underestimate the potential of this humble, time tested toy.

Games- My paternal grandmother, Audrey ruled the game table, though never at cards; she was Plimoth Brethren after all. Besides that we spent many, many happy hours at my grandparents lakeside cottage playing croquet during languid summer afternoons and then in the evening at card-tables playing Rook and Aggravation and a host of other games I can't remember the names of with my great aunts and uncles (whose names and love I do remember)  and eating homemade apple pie and candy out of dishes. Sweet, sweet memories of my Tribe. Besides the love and the pie, which were de rigeur, one always knew that Grandma ruled and if you were at her table you were just a warm body to justify her winning. Chinese Checkers was her speciality.
So what do games have to do with education? Well, plenty; like how to be a gracious winner and a affable loser. How to negotiate alliances, cut your loses, take risks, be judicious and put in time with people when you'd much rather be surfing or doing laundry. You know, sometimes you just need to show up and play games, even when you don't want to, or it's difficult.


As for our family, we don't play a lot and only a few but we like to win when we do. They are
Mancala- easy to learn and play, doesn't take a lot of brain power and fun. Introduced to us  by our dear friends, The Pontons, 14 years ago when we were just moving in to a house, the furniture hadn't been delivered yet, and their kids were spending the night. How could we not love the game after that?
Chineese Checkers - The Rummel family contains a long line of world class players and sadly I relinquished to the title to Feeche last Thanksgiving.
Risk - world domination, baby. Bring it on.
Monopoly- yes, it's obvious and there comes a tipping point. Flower still digs it, though- it's what we do for love.
Blookus- KB and Feeche AND Flower developed a strategy to freeze me out last fall and I honestly swear they have ruined this game for me. It's a cruel and highly effective strategy that leaves one's opponents in tears (that would be me).
Phase 10- when every one is at drool stage but it's too early to go to bed.
We're adding Scrabble to the retinue to try to ramp up the weak spelling gene (which appears to go hand in hand with the world class Chinese Checker playing gene- brought to you by my side).
Quarter Mile Math- beat the car or the horses and learn your math facts. Good stuff on CD.
And of course, Ages of Empires. I know, I know. I'm constantly preaching go light on the electronics. But we do have an x-box (which I avoid mentioning because it's so obvious. We still shut it down every Easter and it's in the closet till Thanksgiving or the first snow- which ever comes last) 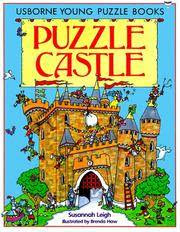 Puzzles.
I have some puzzlers in my midst but apparently Flower and I are the only ones who really like to work puzzles. We do once about every decade and a half. Flower still loves the Geography Puzzles. A rocking way to learn the world.
And all of the kids have have gone through a serious Usborne Puzzle book addiction- from my years as a UBAH consultant- we own every one and they've gone through 5 kids,several cross country moves and a fire and are still being puzzled through. We also loved their dot-to-dot and maze books. Every one, terrific!
Perplexors - deductive reasoning for the stalwart souls. We started them last fall and Flower begged for B,C, and D for Christmas. She hounded the lady at the Teacher Supply Store until I think she re-ordered them in self defense. Anyhoo, Cub and Flower do 2 a day, because I've limited it to that,  and sometimes on the week-end, just for fun.
What are your favorite Toys, Games and Puzzles? Do tell, cause I'm always on the look-out for more!
This post is part of a week of blog hopping hosted by The Schoolhouse Review Crew: 5 Days of Teaching Creatively: Toys, Games and Puzzles. Hop around and get more game-playing inspiration!

Email ThisBlogThis!Share to TwitterShare to FacebookShare to Pinterest
Labels:kids homeschool, How To, Schoolhouse Review Crew

Yes, the box!! We moved 6 months ago and all my kids have had a ball getting creative with all the boxes!

By playing with educational craft materials at an early age, they become creative and they explore their creativity by drawing different shapes and sizes or by cutting things out of paper.

Puzzles require a child to place an object in a precise location. To fit the piece they usually must manipulate it, try it out, move it around and finally fit it in its place. This is a great way to develop hand-eye coordination and to improve their skills as they master fitting pieces where they should go.