It's come up more than once this fall. What do I expect from my kids. Do I expect them to go to college, get married, make money? Our family certainly believes in higher ed and with 5 graduate degrees between us, Viking Man and I have certainly done our part to support it. We support marriage and after 23 1/2 years of it have the battle scars and love handles to prove it. We strongly believe in making money and having it, but somehow it keeps getting spent on the above mentioned degrees, the above mentioned kids and the demanding necessities of life.

I have long admired what Marmee says on Little Women when Jo is asking her if she expects them to "make a good marriage." She responds sagely, "I have a great many hopes for you my dear....." which is where I'm at. I have a great many hopes for my children, but they all seem a little topsy-turvy. It's the great paradox of Christianity at work again. Success is not defined by what it seems. I want my children to be successful, intelligent, smart, witty, at the top of their game. We have been blessed with intelligent and beautiful offspring and I want them to show the world what they can do. But also and more importantly I want them to be humble, just and true. I want them to stand fast when the situation warrants it. To laugh loudly when life is FULL, to weep when God's heart is breaking. Of course I want them to have a life of ease which a lot of money can provide. But frankly, I'd rather that they were just and lived moderately than corrupt and wealthy. Not that you can't be wealthy and honest...just from what we've seen the lines get fuzzier and justice blurrier when wealth hangs heavy in the air.
I want my children to be leaders, to lead others True North and not get lost upon the way. True leaders, those who sacrifice and serve, often get the worst of the deal from what I've observed. It's not the gilded cage so often held up as the ideal of wealthy America's success oriented Gospel. It's down in the trenches, where the mud and the grime are. It is more Frodo's journey than Joel Osten's. It the truism that Corin learns in The Horse and His Boy, that no good deed goes unpunished. Of course, I don't want life to punish them, but it will nonetheless. I hope for courage and wisdom for all of them when it does, as well as loving family and friends.
I've always considered child-bearing and rearing to be a gamble. Who knew if the child to be born would be healthy, intelligent or adorable? We've hit 5 for 5 on each account and I count it God's mercy. Who knows if they'll embrace the ideals, faith and values that we are raising them with. We get in the way all too often and it's only by God's grace that they can see past us to something bigger and more profound.
I hope that what we are preparing our kids for goes beyond monetary or vocational success. Not that I don't have high hopes for them in those departments. It's just that I want so much more for them. To take absolute delight in watching a night sky. To get jazzed hanging out with babies and the elderly. To be relationally oriented and aware of people, instead of into what is their thing to such a degree that people are an add-on or a distraction. To be friends for life, long beyond when Viking Man and I exit. To know, beyond a shadow of a doubt that a Living breathing, untamed Lion of a God created them out of His overflowing love. Money's good and all that, but real-life, live-out-loud, God inspired adventure is better.
In the end, I want them to have the courage to slide feet first into home base, tired, used up and all worn out hearing the words, "Well done, good and faithful one!' 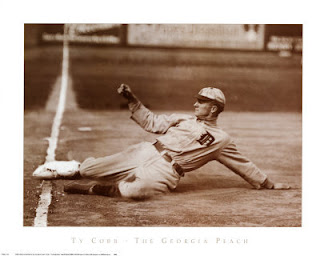 Posted by laughinglioness.lisa@gmail.com at 6:52 AM