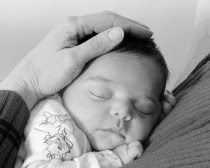 Muslims continue to have a world wide baby boom while those in Europe and America are either at, or almost at, the point of no-return. We heard about this way back in the 80's when Viking Man was attending Fuller Theological Seminary. Back then, the buzz was all about the diminishing European culture. The Muslim culture, however, is alive and thriving world-wide, taking up familiar residence in no-longer used churches, in large part due to its belief in large families, on average 8.1 children per. Take a look: http://www.youtube.com/watch?v=6-3X5hIFXYU

Talked with a friend last week who admitted that they'll have a small family because they're "selfish." While they are enjoying a lifestyle of wealth and "it's all about me" they are bankrupting the cultural legacy for the few children that they have.

And to add interest to the subject, here's a very interesting article by Malcolm Gladwell writing in the The New Yorker magazine on the developer of birth control and the difference between women in developed vs. undeveloped countries. Bearing children ensures not only the health of ones culture, but the health of ones body as well. Who knew? (o.k. some of us did but we didn't talk about it much because we kept getting looked at like we had 3 heads).

Posted by laughinglioness.lisa@gmail.com at 6:58 PM